On this episode of The Filmcraziest Show, my guest was Sachin Dheeraj Mudigonda, whose new film, a 24-minute documentary called Testimony of Ana is currently on the festival circuit, currently playing at the Krakow Film Festival (from May 30 to Sunday, June 6) in Poland after premiering at the Hot Docs Film Festival earlier this month. The film is about the life of Anaben Pawar, an elderly tribal woman accused of witchcraft in rural India. 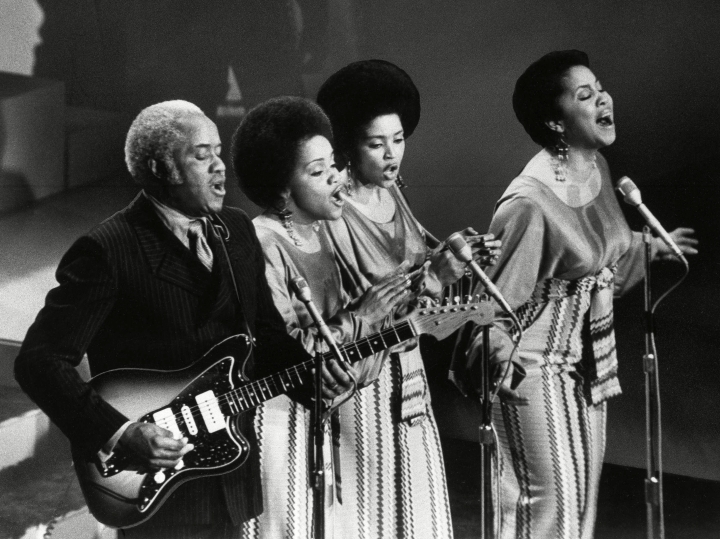 For this episode of my podcast The Filmcraziest Show, I was able to speak with Iain Cooke, music supervisor on the new Apple TV+ Original series 1971: The Year That Music Changed Everything. The show is a docuseries about the musicians and soundtracks that shaped the culture and politics of the year 1971. In the conversation, we chat about reuniting with director Asif Kapadia, the process for this series, as well as immersing himself into the year of 1971 and the 158 songs put into this project.

Bastards’ Road is a new, inspiring documentary that tells the story of Jon Hancock, a Marine Veteran who in 2015 and 2016 walked 5,800 miles as a way to heal his wounds from war, with the help of his fellow Marine brothers and the families of fallen soldiers. For my last interview in my two [...]

In this first of two interviews of my coverage of the new documentary Bastards’ Road, I was able to chat with Brian Morrison – the director, editor and cinematographer of the film – as well as founders of the music media company Aliceanna Collective, Daniel Strauch and Michael Marx-Gibbons, who provided three original songs for the film.

The documentary tells the story of Jon Hancock, a Marine veteran who walked 5,800 miles around the United States, using the solitude of the road and company of his fellow Marine brothers and their families of their fallen to successfully manage his wounds from war. This is as he goes across the country visiting his Marine brothers, as well as visiting those Gold Star families.

Set! is a documentary about something that only frequent state fair goers may have heard of, and that’s the world of competitive table setting (or table scaping). It’s not a race to set the dinner table; but a decorative art (with all the competition of sports) where table setters compete for beautiful ribbons. The film [...] 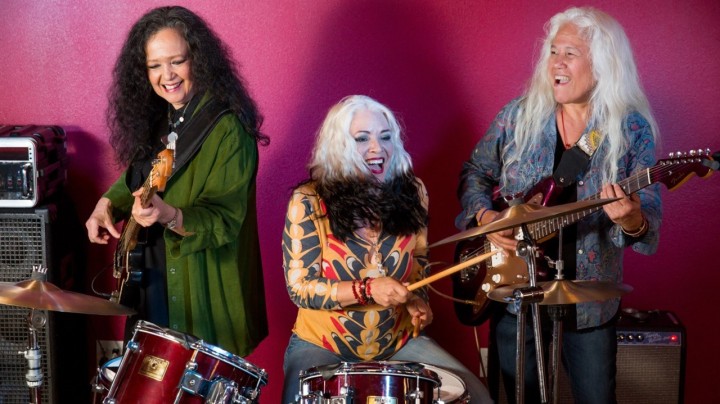 I was able to speak with the director of the film, Bobbi Jo Hart, as well as Fanny drummer and vocalist, Brie Darling (a.k.a. Brie Brandt). On the episode, we discuss how Bobbi learned of their story and came on board, some cool reactions from Brie Darling after watching the documentary and some things she didn’t know, as well as the Statue of Liberty inspiring the poster, women finding their voices and normalization of rocking out at any age, as well as Brie Darling being an accidental drummer, auditioning for KISS and her, June and Jean Millington finding their sound again.

In this episode of The Filmcraziest Show, I spoke with Daniel Edelstyn, one of the directors and producers of the new documentary Bank Job, which is premiering as a part of the Hot Docs Film Festival. The film was filmed over five years and is about a filmmaking duo – a husband-and-wife team of Edelstyn and Hilary Powell – who educate themselves and their community in financial literacy as they build their own bank with a goal of helping alleviate some debt in the U.K.

In the episode we chat about some of the inspirations for the film (like The Italian Job), the original thought of wanting to have a superhero saving debt instead of building a bank, how the pair of filmmakers explained certain concepts, designing the money and getting community support and bringing them into the film, as well as vodka empires and the Ukrainian mafia, potential sequels and much more in between.

Even if you don't drink beer, it's everywhere. That's something Christo Brock's new documentary, Brewmance, understands. The film is a love letter to craft brewing and to craft beer. It's become a global thing and we see that as two groups of home brewers in Long Beach, California, who are trying to open their own breweries. Also featured in the documentary are interviews with iconic brewers with Ken Grossman, Charlie Papazian, Jim Koch and others, as they tell us a bit of the history of craft beer.I was able to chat with writer, director and producer Christo Brock on today's episode of The Filmcraziest Show

Non Western is a documentary that follows Montana couple Thaddeus Red Bird and Nanci Red Bird as they prepare for their upcoming wedding and they have to adjust to each other's cultures as Nanci learns to become Northern Cheyenne. A film about gender roles and cultural differences, sometimes there's more context needed but as a character study, it shines.