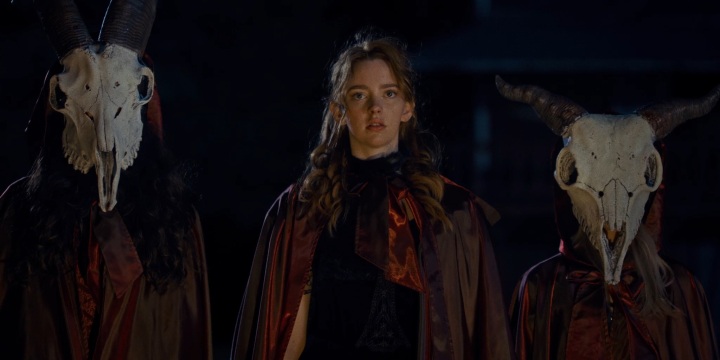 In The Pale Door, after a train robbery goes bad, two brothers, Duncan (Zachary Knighton) and Jake (Devin Druid), leading a gang of cowboys must survive the night in a ghost town inhabited by a coven of witches. The film is directed by Aaron B. Koontz and is written by Cameron Burns, Koontz and Keith [...] 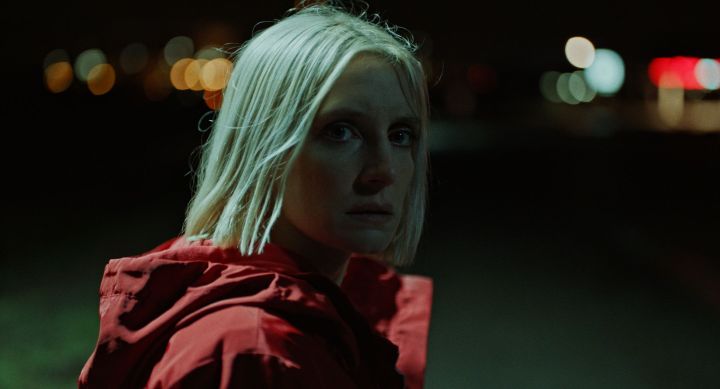 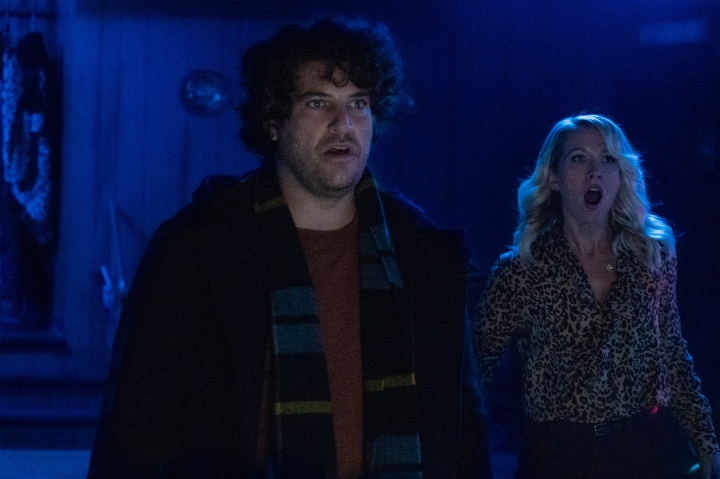 Directed by: Greg Nicotero. Starring: Anna Camp, Adam Pally, Pete Burris. Runtime: 46 min. A Creepshow Holiday Special follows Robert Weston (Adam Pally), a man trying to figure out the strange thing that has been happening to him every full moon. Believing himself to be a werewolf, he finds a support group called Shapeshifters Anonymous [...] 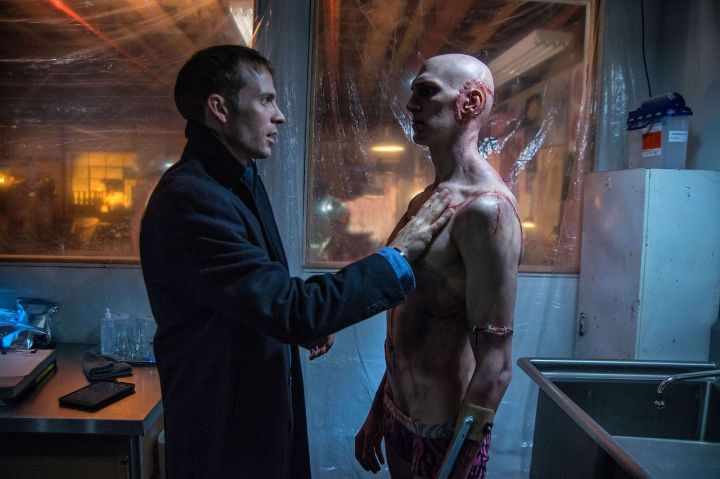 Writer/director Larry Fessenden gives the classic tale of Frankenstein a modern spin as he places the story in Brooklyn, where a disillusioned field surgeon suffering from PTSD creates a living man from body parts in his Brooklyn loft. From the loft itself to just every set, the film looks great. Fessenden’s style lends itself to the film well, too, with some aesthetic showing up occasionally like when Adam (Alex Breaux), the “monster,” is first getting adjusted to the world and it sounds like he’s hearing gibberish instead of real language when he’s first learning about everything. This is mostly through visuals like light patterns on the screen, or when you have a squiggly in your line of sight and can’t shake it… Constant thunder in the style also help set the mood in this film, as well. 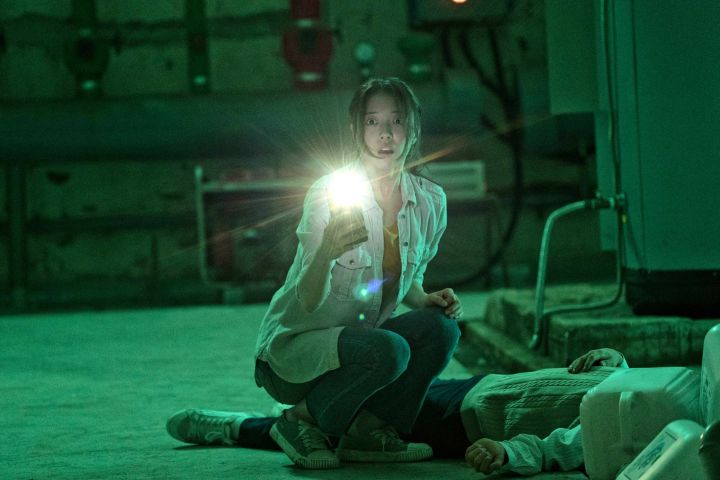 Directed by: Yoon Een-Kyoung. Starring: Se-Yeong Lee, Ji-Young Park, So-yi Park. Runtime: 1h 41 min. After the death of her mother, Yoo-mi (Se-Yeong Lee) visits a hotel owned by her mother’s friend, Gyeong-seon (Ji-Young Park) in order to hopefully have her take care of her kid sister, Yoon Ji-Yoo (So-yi Park). There, they fall into [...] 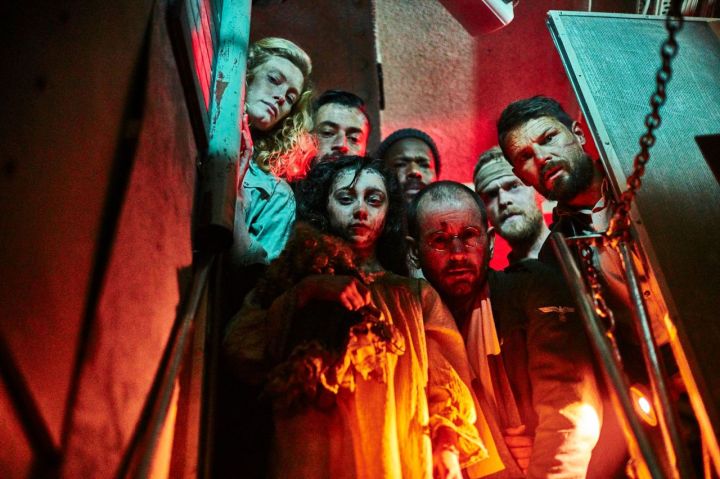 Directed by: Justin Dix. Starring: Nathan Phillips, Alyssa Sutherland, Christopher Kirby. Runtime: 1h 33 min. Minor spoilers follow. In Blood Vessel, a group of seven people float on a life raft in the middle of the North Atlantic during World War II after their hospital vessel was destroyed by a German U-boat. Running out of [...]

I am a huge horror fan but I actually haven’t seen the feature films Creepshow or Creepshow 2, and evidently I have not watched Shudder’s revival of the character. Suffice to say, I’m no expert on the Cryptkeeper’s tales, though I was a big fan of that Tales from the Cryptkeeper animated series that ran on Teletoon in the 1990’s. With this special being the Creepshow Animated Special, I felt like it was right up my alley. The special features two stories, the first segment is called “Survivor Type,” based on a short story by Stephen King and directed and adapted by Greg Nicotero is a segment about a man stranded on a deserted island adamant to survive. The second segment is “Twittering from the Circus of the Dead,” based on a short story by Joe Hill and adapted by Melanie Dale, about a girl named Blake (Joey King) who live tweets a very unique circus. 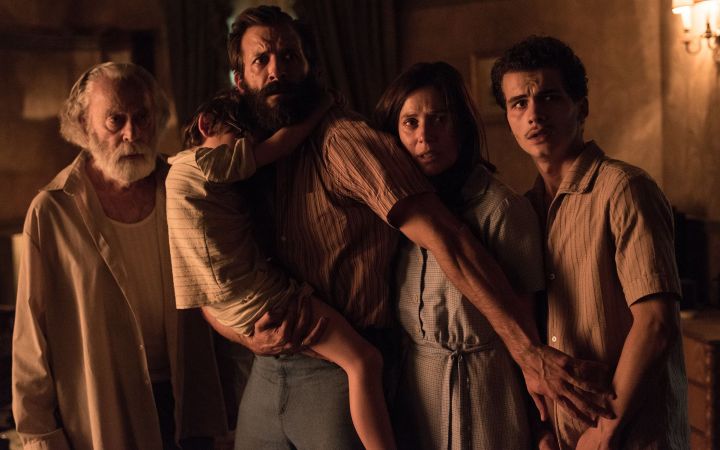 Right from the beginning, 32 Malasaña Street opens the floodgates for audience members to criticize character decisions as a small boy in an apartment complex loses a marble that goes to the door of Apartment 3B. This apartment, we learn, is haunted; as the marble magically goes into the creepy apartment and he follows it as it rolls beside a woman in a rocking chair. This all begs the question: Kid, why not just get a new marble? It’s a creepy tone-setter, regardless, as the film then skips to 1976 as we meet the Olmedo family. They are the unlucky bunch moving into Apartment 3B as they have left their small village to make a better life for themselves in Madrid. Each character feels distinct in their own right, though we learn quickly that each character goes into specific roles – like the eldest daughter Amparo (Begoña Vargas) being the main character, or the youngest son Rafael (Iván Renedo) very much being the most vulnerable character here. As well, they bring their grandfather, Fermín (José Luis de Madariaga), who has trouble breathing, and you better believe he’s utilized for some creepy moments.

On this new episode of Filmcraziest Interviews, I'm joined in a conversation with writer and director Ryan Spindell of the new anthology horror film The Mortuary Collection, which is now streaming on Shudder in the U.S., Canada, U.K., Australia and New Zealand. (You can find my review of the film here.) Set at Raven’s End Mortuary in Boggy [...]

Directed by: Ryan Spindell. Starring: Clancy Brown, Caitlin Custer, Christine Kilmer. Runtime: 1h 48 min. Editor's note: This review was originally posted on Sept. 1 for its release at the Fantasia Film Festival. I am reposting this because it has just been released on Shudder in  the U.S., Canada, U.K., Australia and New Zealand. I watched this [...]