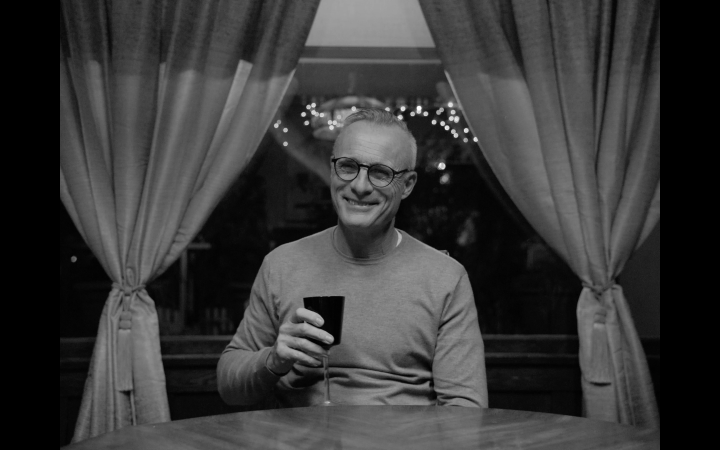 Exploring themes of loss and grief through a science-fiction story in Between Waves, Fiona Graham plays photographer Jamie who finds herself at the centre of a missing persons investigation when her boyfriend Isaac (Luke Robinson) disappears.

As she’s dealing with potentially losing her boyfriend, she still sees him everywhere; and then she literally sees him everywhere. Isaac comes to her and reports that his research has worked: He’s thought of a way to open a parallel dimension, using the conduit of water. This sets Jamie on a journey, through Toronto and into the Azores, trying to reunite with Isaac.

For my podcast The Filmcraziest Show, I was able to speak with the film’s director and writer Virginia Abramovich where we talked about being drawn into the story, the research and figuring out the rules, the casting in the film, shooting in the Azores, shooting the underwater scene, the transitions in the writing and much more in between. For Black Conflux, I was able to speak with actress Ella Ballentine about her layered and memorable performance as Jackie. In the interview, we talk about how Ella picks her projects, workshopping the character, singing for a scene in the film, watching her films, working with Ryan McDonald, some advice and more in between.

Here's a conversation I had with writer/director Nicole Dorsey for her new coming-of-age drama BLACK CONFLUX, a portrait of a teen in high school and an alienated loner eventually crossing paths.

Up until this point for my podcast, I’ve watched every film or TV series that I’ve covered. For this episode, we talked about a film that hasn’t been created yet with a project called The Mire, described as a contained thriller which explores the darkest sides of manipulation set in Portsmouth, in the U.K.

I spoke with the upcoming film’s director Adam Nelson, the film’s screenwriter Chris Watt and the film’s producer Tom Byrne, as they are currently trying to crowdfund the last bit that they need to be able to start filming in October 2021. In the podcast, we also talk about one of Adam and Tom’s other projects, a segment called Toilet Humor in the anthology film I Am An Addict.

On this episode of The Filmcraziest Show, I was able to join in on a press day to chat with Japanese filmmaker Takashi Shimizu for his new film Howling Village, which he co-wrote and directed. Shimizu is best known for bringing the universe of Ju-on: The Grudge to life, creating the original Japanese horror films, and then directing their American remakes in The Grudge and The Grudge 2.Tak In Howling Village, a young psychologist (Akaya Miyoshi) searches for her missing brother at a haunted and cursed location known as "Howling Village," where she starts to uncover information about her family history. In our conversation, we talk about the film's phone booth scene, what other genres of horror Takashi would like to explore, and some nursery rhymes heard in the film. 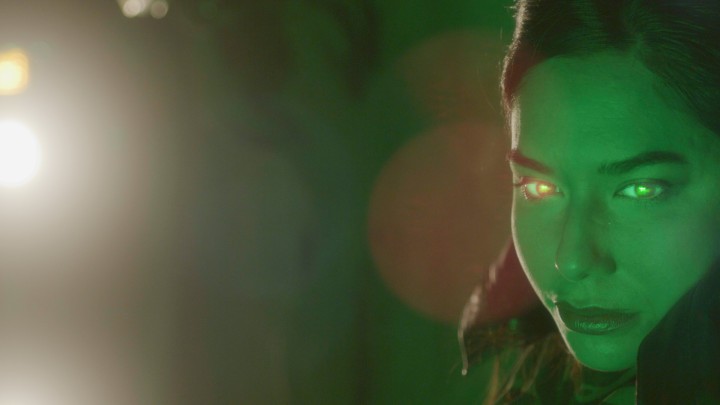 Sometimes films are equally as entertaining as they are culturally important, and that’s true for the Canadian short film Kwêskosîw (She Whistles), an Indigenous supernatural thriller playing as part of the Born of Woman programme at this year’s Fantasia Film Festival. In the film, Stephanie (Sera-Lys McArthur) is on her way to girlfriend’s house and she hops in a taxi. On this episode of my podcast The Filmcraziest Show, I was joined by the film’s director Thirza Cuthand, who also writes and associate produces the film, as well as one of the film’s leads and producers, Sera-Lys McArthur.

Featured image: Greg Finley as Tommy in Downeast. (Courtesy of Justin Cook PR.) Shooting on location in Portland, Maine, the new crime drama Downeast feels true to its setting and town as it depicts a gritty - albeit fictional - crime side of the town that’s more commonly seen in crime films set in Boston, Chicago or [...]

In the Lifetime Original Movie Secrets of a Gold Digger Killer, Julie Benz plays Celeste Beard, a waitress turned trophy wife after she marries millionaire Steven Beard. A few years into the marriage, a home invader shoots Steven in the middle of the night. The aftermath delves into the mystery and motives, as spoiled by the film’s title.

In the film, Justine Warrington plays one of the film’s major characters, Tracey Tarlton. She meets Celeste at a wellness spa and they become fast friends, where Tracey also operates as one of Celeste’s pawns.

For this episode of my podcast The Filmcraziest Show, I was able to speak with Justine about her role in the film. We spoke about working with Julie Benz, the research into playing a real-life character, the intensity of the courtroom scene, working in Vancouver and more.