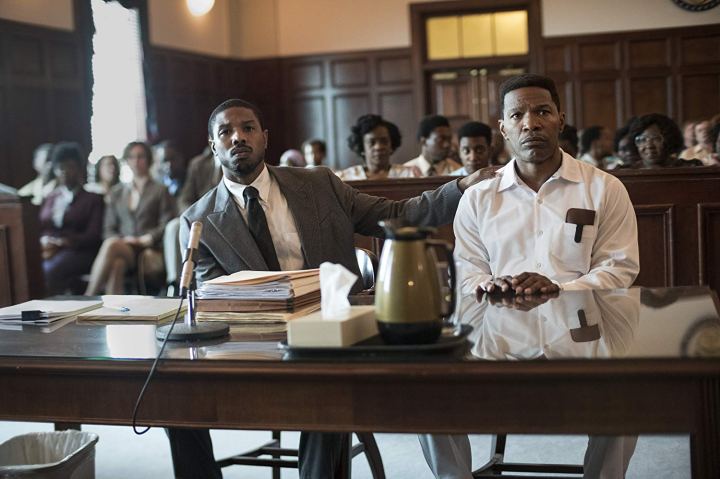 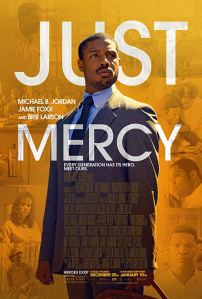 These wrongfully accused stories are one of my favourite sub-genres in film, so I have been excited for this one for awhile and it doesn’t disappoint. Michael B. Jordan is strong as Stevens and it’s fascinating learning why the character’s fighting for these characters. Jordan brings a strong presence to the character, though he gets outshined by Jamie Foxx as McMillian who has to trust that another lawyer won’t screw him over like the Alabama justice system has. When Stevens is different than most lawyers and legitimately cares about the case, it creates a charming chemistry because of Stevens’ compassion.

Much of the injustice here is the racism and how everyone in the community accepted McMillian did it because of some rumours in the town of Monroeville. The smartest observation in the screenplay (by director Destin Daniel Cretton and co-writer Andrew Lanham, based on the book by Bryan Stevenson) is that since the crime took place in Monroeville, multiple characters including new district attorney Tommy Champan (Rafe Spall), reference their pride that their town is Harper Lee’s hometown, the author of To Kill a Mockingbird.

The irony is brilliant that they’re so proud that an author from their town wrote such a classic piece of literature – about a black man falsely accused of rape as a white lawyer defends him – that they’re unaware they’re just being as racist and prejudiced as the characters in the novel.

The depiction of some of the prejudice feels stereotypical, as some just feel like cartoonish racists, mainly on two occasions where Stevens is pulled over by police for no apparent reason (this scene is tense), as well as a group of men angry that one of their “own” is working with Stevens.

That is Eva Ansley (Brie Larson), the Operations Director of the company. This aspect of the film is interesting as she is judged the most harshly for aligning herself with an outsider who is trying to get a man off death row. Larson has some strong moments in the film and adds to the well-rounded cast. A charming part about this film is the sense of community it creates between its characters.

One of the reasons I like these kinds of films so much is because the lawyer research feels like detective work as Stevens goes through the case and sees the many things that the original lawyers missed or didn’t even bother to look at. I just like it when the case breaks and everything just clicks, and it feels like the highs of a sports movie in that way. The lawyer work is great as Stevens learns surprising things on that journey, and Tim Blake Nelson is strong as an integral character, too. I like the layers to his character, and he helps show that the true antagonist in Just Mercy is Monroeville’s justice system.

The main storyline is compelling and well-paced at 137 minutes. A main sub-plot with a character called Herbert Richardson (Rob Morgan) is great, too. Morgan is fascinating as a death row inmate and ex-veteran dealing with severe PTSD who has to cope with his actions.

Also making an appearance in the film is O’Shea Jackson as Anthony Ray Hinton. This character feels out-of-place because there’s no interaction between him and Stevenson, but he’s accurate to the real-life story as one of Walter and Herbert’s cellmates. I imagine some of his scenes could have been left on the cutting room floor for pacing, as his story is relevant enough to have added another 30 minutes to the film. It’s smart for pacing to sideline him, but it feels like a waste for the character and the actor’s talents.

Despite that fault, it’s still an emotionally compelling film with some engaging courtroom drama, as well as a handful of heartbreaking scenes. Both these characters truly give perspective into how many inmates need the help of Bryan Stevenson and the film is generally an important story showing the importance of the Equal Justice Initiative.