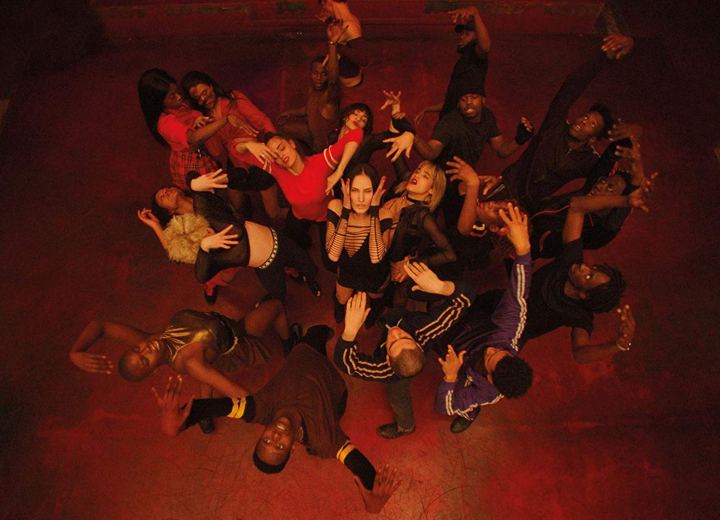 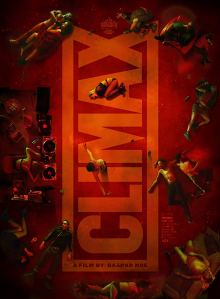 French dancers gather in a remote, empty school building to rehearse on a wintry night. The all-night celebration morphs into a hallucinatory nightmare when they learn their sangria is laced with LSD. I figure I’ll start with the good in Gaspar Noé’s Climax. It’s a great technical achievement that I respect. The first dance sequence is hypnotic as Noé fills the screen with his professional dancers. The long, uninterrupted takes in the film are also impressive, as is the cinematography by Benoît Debie. Some of his shots are disorienting but I think they’re supposed to be.

The film is also impressively improvised by its cast, made mostly of professional dancers and the only professional actress is Sofia Boutella. She’s the only memorable performance, as well. The only good character interactions are between cousins Cyborg (Alexandre Moreau) and Rocket (Kendall Mugler). The film doesn’t have any rich characters because of the improvisation – as the dance scene at the beginning is the only sequence planned or choreographed – so that doesn’t work for me. Nothing happens until the second half – when there’s a credits sequence mid-film – and then in the second half it feels like everything is happening.

When I say everything is happening, it’s because the characters are screaming at the top of their lungs (especially Sofia Boutella), high and out of their damn minds. Everything is happening, but at the same time nothing of worth is happening, as this quickly turned into one of my most stressful movie stressful experiences from 2019. It had my anxiety going off the charts, but not in an enjoyable way like Uncut Gems which is intense for good reason.

This is horror that will make audiences anxious because of its disorienting cinematography and style, but if annoying were a genre, this would be Annoying first. I respect this film because Noé seems to accomplish everything that he wants to do with this film. I just hate it. It’s not the type of horror that I enjoy as it just drove me nuts at times, but it’s sat with me as a wild roller-coaster ride I wanted to jump off from mid-ride. It’s the Feel Bad Movie of 2019, so if you want to feel bad, watch Climax. If you want to keep your good times rolling, watch anything else. It’s an unpleasant experience I hate, but I know I’m in the minority on this one, too.