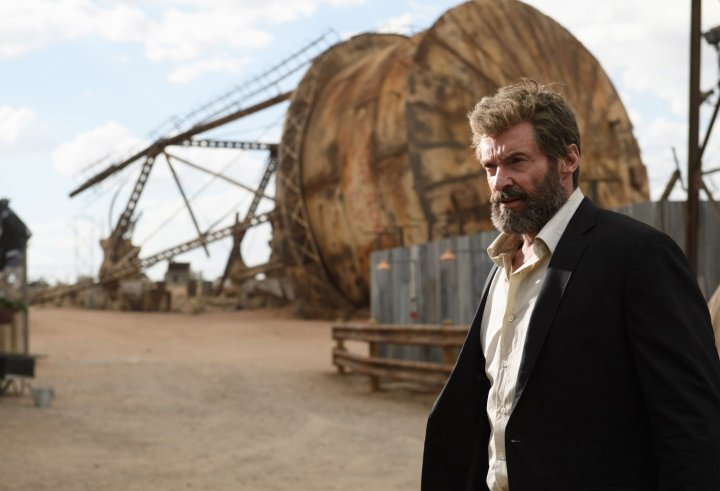 In 2016, Deadpool really started to push the limits of the superhero subgenre, but with Logan, director James Mangold takes the envelope, slashes it apart and creates something that reinvents the idea of what a superhero film can be.

I love it when superhero films offer something different than we’re used to seeing. Mangold does just that with Logan, as he takes a beloved character and creates something so different and original.

The year’s 2029 and Logan (Hugh Jackman) is working as a limo driver and is taking care of Professor Charles Xavier (Patrick Stewart) on a border town in Mexico. Logan’s aging and weary and is trying to hide from the world. His existence is upturned when young mutant Laura (Dafne Keen) arrives and is being pursued by mysterious forces.

Logan feels different because it’s so grounded in realism, and a limited use of CGI helps with that. The world created is fascinating: Everyone’s heard of the X-Men because they’re written about in comic books, and some characters are even Wolverine fans. The world feels real and it looks great. Its setting gives it a Western movie feel and its cinematography complements the story’s raw mood.

The atmosphere and style truly capture the story, and even the score feels like it becomes a character. The story is character-driven, and you feel everything these characters are going through, which makes it so human. It sends you on a roller coaster of emotions and it makes the experience gritty and unique.

Logan’s also raw because our heroes are so vulnerable. Logan has a vulnerability in his older age as he’s past his former glory and isn’t as invincible as he used to be. Even the villainous Pierce (Boyd Holbrook) notes, “Seeing you like this breaks my heart.”

It’s more heartbreaking seeing Charles Xavier in his state. I don’t want to spoil it but I’ll say his condition creates some compelling sequences. It’s enlightening seeing Charles in old age, to know that even the greatest mutants grow old, and Patrick Stewart delivers a striking and vulnerable performance.

His relationship with Logan features the usual tough-love and fatherly vibe, and Charles’ guidance creates great dialogue. Their chemistry’s endearing and their banter finds new life with an R-rating, because it’s so damn funny. Logan’s become self-loathing, and our anti-hero finds purpose with Laura. Logan’s relationship with Laura is great; their chemistry is entertaining to watch as it evolves. Their dynamic is cool where they eventually have to talk, and it’s not cliché banter. Laura is largely mute for the film and emotes distrust well and has a heartwarming curiosity.

Dafne Keen is charming and fiery as Laura, and it is such a good debut. Keen captures the character’s rage so well with a convincing ferocity. She’s great in action, and handles drama even better.

Hugh Jackman effectively portrays Logan’s depression. The R-rating allows writers to explore adult themes like this as it reaches a level of sophistication rarely seen in a comic book film. In other X-Men films Logan does feel haunted, but with the mature storytelling, you truly feel and get a sense of how haunted he is at this point in his life.

Jackman is so great physically and moving emotionally. He’s so visceral in rage, and even though the character’s older now, he’s badass and still strong enough to break a shotgun over his knee. His last outing as Wolverine is easily his most remarkable.

Back to the writing. I can’t give enough kudos to writing team James Mangold, Scott Frank and Michael Green, who take X-Men storylines (namely “Old Man Logan”) and mix them into such an original story. They take time telling it, and there are intimate moments and poignant drama throughout.

A scene has our trio eating dinner with a family they’ve met and it’s funny and has great banter. The film has a great capability to slow down and show charming, human scenes like this that develop characters. It shows patience in storytelling, and it shows a comic book movie doesn’t need relentless, non-stop action to be supremely entertaining. The bursts of action are still amazingly directed. They’re bloody and brutal, and just a hell of a lot of fun.

With Logan, I’ll only complain about its villains. Boyd Holbrook is menacing, yet destructible, and has presence as Pierce, but there’s something to be desired since we don’t know who he works for as they make it mysterious in the beginning. Instead of feeling mysterious, it’s often confusing and frustrating. When we find out who they are and what they’re doing, it’s great and interesting, because it strengthens the story.

This gears up to a great finale that is well worth the wait for action junkies. It’s bloody and thrilling. It’s a bittersweet end to an era since Jackman’s been Wolverine for 17 years. As the credit rolls, a chapter of film history rolls with it. Logan is the best of the Wolverine trilogy and it’s just the fitting send-off that Hugh Jackman deserves.