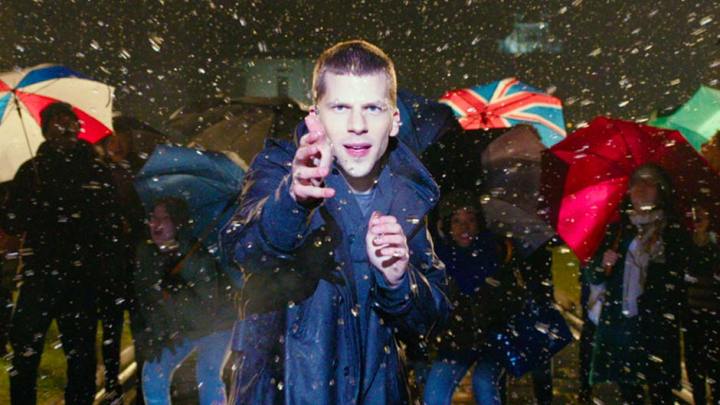 After a year in hiding from the FBI, the bank-robbing-magical-vigilante Four Horsemen return to the spotlight in Now You See Me 2, to publicly expose a technology company called Octa for unethical operations.

After their enemies are a step ahead of them for once, forcibly whisked away to China to perform another impossible heist for tech genius Walter Mabry (Daniel Radcliffe).

One of the sequel’s ways to freshen its premise is one of its finer magic tricks – turning Isla Fisher’s Henley into Lizzy Caplan’s Lula. Fisher wasn’t able to reprise her role due to her pregnancy.

While likable, Henley was a weaker link among the Horsemen in terms of entertainment. Jesse Eisenberg’s J. Daniel Atlas and Woody Harrelson’s Merritt McKinney got the funnier lines and Henley’s most memorable moment was the escape from the piranha water tank.

Caplan’s Lula doesn’t have a truly memorable moment like the piranha tank, but she’s funny and her excitement to join the group is relatable. She has amusing distractions and tricks and sight gags – but Henley was the way more amazing magician.

Jesse Eisenberg returns as the arrogant Daniel Atlas, still sarcastically witty and amusing but arrogant as ever. At least it helped me forget his performance in Batman v Superman: Dawn of Justice somewhat.

Harrelson is doubly funny as the mentalist McKinney, he’s having a lot of fun and it’s contagious watching because he’s so hilarious. An aspect of his diverse performance is a surprise I don’t want to spoil. Dave Franco returns as Jack Wilder – the trickster whose specialty is playing card tricks and sleight of hand.

In NYSM, audiences were shown too often how the film did its trick by magic debunker Thaddeus Bradley (Morgan Freeman). He can’t debunk so much now from a jail cell. In NYSM2, tricks are only explained when it’s detrimental to the story. It’s more mysterious and more like a magic show when we don’t know how they do what seems impossible.

The sequel balances comedy and strong well-edited and well-directed. Jon M. Chu takes the director’s chair from Louis Letterier – maintaining the similar visual style but a stronger focus for the story. They’re still vigilantes in some capacity, but they’re more-so trying to survive against their enemies.

It helps that they’ve gained a new horseman in Mark Ruffalo’s FBI agent Dylan Rhodes, who recruited the horsemen but was also chasing them in the last film.

The FBI are still after the Horsemen, this time led by Agent Cowan and Deputy Director Natalie Austin (Sanaa Lathan, Alien vs. Predator), who is one-note.

There’s not as many big twists this time, but the writing feels more concise and not as confusing. There’s still a wow factor with many of the tricks and the magic is maintained.

It’s a delight to see Daniel Radcliffe return to the wizarding world, this time in a different dynamic as the villainous Muggle, Walter Mabry. He employs the Horsemen to steal a powerful device from a heavily guarded lab for him. He’s a welcome addition to the ensemble.

The heist scene where the Horsemen attempt to steal it is compelling and well-edited, and one of the film’s coolest sequences. The practical effects are also really great. The heist caper still has enough magic up its sleeve to entertain for this sequel.