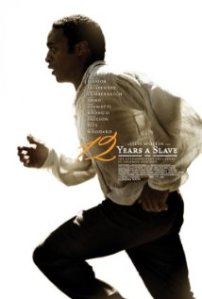 Imagine you’re at home enjoying your life as a free black man in upstate New York. Your beautiful wife and kids go away for two weekends, and when two men approach you with an opportunity to make some money, why not say no? One couldn’t predict that by saying yes to making a paycheck, they would then be drugged and sold into slavery. That’s exactly what happens to Solomon Northup (Chiwetel Ejiofor), a real person sold into slavery in 1841.

The premise is part of what makes “12 Years a Slave” such a powerful film. In any case, anyone being uprooted from their life is a terrifying reality, even today. Back then, it seems that many were a bit more clever than staging a home invasion. Solomon is backstabbed by business parters he trusted, portrayed by Scoot McNairy and Taran Killam. This film might just be the one to open people’s eyes as to why the black people of today are so protective of their rights.

It’s an educational feature, and the most powerful film of the year. It’s one of my favourite slavery films as well, at least for educational purposes. I’d give this a rewatch with pleasure, which would also allow me to watch a few scenes again that I didn’t comprehend completely. I prefer Quentin Tarantino’s “Django Unchained,” but that and this cannot be more different in tone. “Django,” to sum it up in so many words, is an entertaining treat. Another similarity is that both films probably hit the 100-mark with using derogatory statements, mainly the ‘n’ word. Paul Dano might have said it about 40 times it one cruel Southern tune.

John Ridley (director of “All is By My Side” which I didn’t like) adapts Northup’s 1853 novel very well, and director Steve McQueen knows what makes humans tick. This film is the platform for a harrowing odyssey of a man’s bravery and will to survive. Solomon’s drive is his family and he is making sure he does not sink into despair, by keeping their memory alive. He doesn’t know if he’ll ever see them again, but he tries to be as cooperative as possible in order to survive – which isn’t very at times, when he cares about fellow slaves. One of his friends is a woman named Patsey (Lupita Nyong’o) who plays a critical role in the film. He meets her on Edwin Epps’ plantation/farm.

Epps is portrayed by Michael Fassbender, in a haunting villainous performance. Don’t be surprised to get chills from him in a few scenes. Epps is known famously in those parks for breaking his slaves’ spirits, it seems – even if his wife (Sarah Paulson) thinks he could do a better job. He is a malevolent soul, and he makes a previous slave owner of Northup’s (Ford, portrayed by Benedict Cumberbatch) look like a saint – and he already was a very considerate man. Northup meets several characters along his long journey, helping this film have a star-studded cast, even if some big-name actors have about seven minutes of screen time (like Brad Pitt, Paul Giamatti and Garrett Dillahunt – to name some).

There’s one main problem that the film has, it never really allows viewers be aware of what year it is. The only clue is the title. It starts out in 1841, and since there’s a scene at the beginning that shows up again in roughly the third act, we know that we’re caught up – but we still can’t tell what year it is. It doesn’t affect one’s enjoyment severely, but even cues like older make-up for Solomon would assist the film. It would give us an idea of how long he has been slaving for. There are some scenes that feel like they will go on forever, but that is purposeful in one scene to show that slaves cannot interfere when someone is being punished, so to speak. That being said, this has quite a few shocking moments – so it’s not for the faint of heart!

The film’s power is greatly prominent in Ejifor’s performance, as he tries to hang onto his humanity, not give up his hope and not sink into despair. Many slaves give up much faster than Solomon Northup, but he has something to fight for; and that’s what makes this film so inspiring and moving. It also helps it become an unforgettable experience.