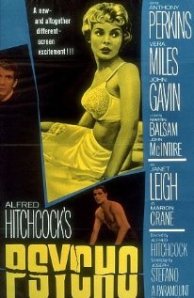 Words cannot express well enough how impressed I was by this film; it has so many great aspects to it.

Marion Crane is a beautiful blonde who just stole forty thousand dollars from her employer, and she sets on a road trip to be with her lover a few towns over. She stops at the Bates Motel, where she meets a young quiet man, Norman Bates, who seems to be dominated by his wicked mother.

This was the first film that I saw from Alfred Hitchcock, and I loved the film so much it encouraged me to check out a lot of his other features, and a lot remain on my watch list. It’s one of my favourite horror/thriller experiences of older cinema.

The film doesn’t rely on things that pop out for scares (but there are a few effective scares that made me jump), but its eerie material is what makes it the most terrifying.

A great horror/thriller with a few big scares, huge twists and turns, and a great sound to accompany it all. It’s just difficult not to be entertained by this film; from the beginning, it held my attention tight and never let go until the end credits, and it’s a movie that is truly unforgettable.

It’s effective and disturbing, this is the first and one of the greatest slasher flicks ever made, and is my favourite Hitchcock film.

*SPOILER ALERT, IF YOU HAVEN’T SEEN THIS FILM KEEP OUT.*

This film has one of the most famous scenes in cinema: the shower scene. It’s one of the reasons why I have to shower with the door locked, the idea of someone coming from behind and attacking me while I’m all vulnerable in the shower spooks the heck out of me.

Norman Bates has a comfortable Number Two spot on AFI’s Top 50 Film Villains, which is very deserving. He really is quite twisted and is a very disturbed character. He lost the number one spot to Hannibal Lecter, which I agree with because he’s a great villain. It’s a little funny, as both the actors that portray these two characters have the same name: Anthony (Perkins as Norman Bates in this and Hopkins as Hannibal ‘The Cannibal’ Lecter in Silence of the Lambs).

Bates really doesn’t display his true colours until the end of the film, with a truly haunting monologue, but the second watch around – you’ll see how spooky Norman really is in the beginning of the flick.

Hitchcock brings his usual great direction to this one.

It’s a film that it was correctly chosen to be in black and white, it wouldn’t have been quite as spooky if it was in colour.

It’s an unforgettable and entertaining film experience, which is still discussed to this day, and is about as must-see as horror films get. Horror and thriller fanatics check this out. Even if you don’t like black and white films, still check it out. If you watch one horror film in your life (I don’t see  how you could personally), this one is an extremely strong contender of what that one film should be.