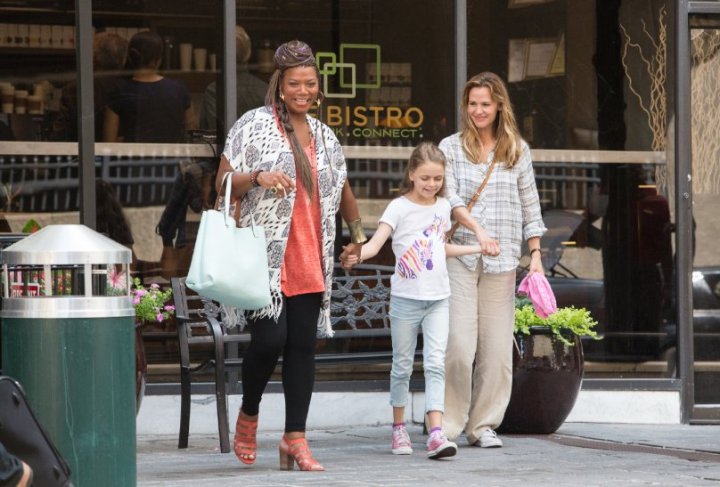 Thank you, Miracles from Heaven, for finally showing me why I haven’t been thoroughly entertained while going to church all these years.

It’s because there’s never been a Christian rock band at my church to get me in the spirit of things. Apparently they have all the fun in small Texas towns.

Miracles from Heaven, based on the memoir by Christy Beam, follows the Beam family in Burleson, Texas, as the 10-year-old daughter, Annabel (Kylie Rogers) is diagnosed with a rare digestive disorder for which there is no cure.

The family prays for a miracle and it gets answered in a big and rather bizarre way. If it wasn’t a true story, it would be pretty far-fetched, but I won’t spoil it here in case you haven’t seen the trailer. The film is really about the journey and perseverance throughout the disease, and her mom Christy’s (Jennifer Garner) perseverance into getting Ana the best help available.

Garner is great as the mom in an emotionally powerful performance – crying her way through the film, but doing so in a believable way. She may cross the line of crying one too many times – as it seems like she could have filled a Jacuzzi with her tears. Kylie Rogers as Ana also holds her own very well.

The power is in the characterization, as well, and the fact that the pain her daughter is going through makes Christy question her faith. There’s a laughable moment where people at her Church ask if Ana hasn’t been cured yet because of the family’s sins. It’s laughable for me, but evidently not for Christy.

Anyway, faith is a big thing touched on the film, to a point where it is, admittedly, preachy, but not in the same proselytizing way God’s Not Dead is – trying to force the beliefs down its audience’s throat. That’s the difference between God’s Not Dead’s really bad writing and the fact-based writing of Miracles from Heaven that goes between melodrama and some strong heartbreaking and emotional moments.

There’s really just something works about this movie by the end of it all. It’s charming and Eugenio Derbez is amusing as Dr. Nurko and balances entertaining Ana and being a serious doctor dude well, even while wearing an Elmo tie. Queen Latifah is also quite a welcome player in the film, adding a lot of humour.

Martin Henderson is a good supporting player as Ana’s father, he adds a sense of optimism to the film, actually thinking everything will be okay. There’s a lot of money troubles since he’s started a new animal clinic business and they had to put all of the home’s equity into it.

That adds a new element to the film. He’s working and taking care of his two other daughters, the youngest Adelynn (Courtney Fansler), and the oldest daughter Abbie (Brighton Sharbino, TV’s The Walking Dead). They don’t get as much characterization as Ana or Christy, which is okay since those two are the core, but there could have been a bit more effort to make the supporting players have more dimensions.

The film’s cinematography is strong, and the sequences in Heaven look nice – there are a lot of bright colours and lots of butterflies. It looks unique enough, basking in outdoor settings instead of a Church like in Heaven is for Real. The two films share producers T.D. Lakes, Joe Roth and Derrick Williams.

I think this was more effectively handled having the miraculous happening a bit after the halfway mark instead of Colton Burpo in Heaven is For Real having his near-death experience at the beginning. That film’s main conflict was the skepticism of it – but this has a more natural conflict of a longer lasting disease. The skepticism is touched on really just once in Miracles from Heaven and then is forgotten with one of the film’s most moving moments.

I did like the aspect of the film that suggested miracles aren’t always huge, but can sometimes be found in simple kindnesses. The film has a good soundtrack and the Beam family is an inspiration. It’s feel-good throughout, particularly so in the last 25 minutes, which was the film’s strongest area. The journey there takes long, but the pay-off is great.